Imagine: your doctor knows you have cancer, but chooses not to tell you or your family. Unthinkable, isn’t it? And yet consider this: fewer than half of all seniors diagnosed with Alzheimer’s disease or their caregivers are actually told of the diagnosis.

I just spent three days in the other Washington at the national Alzheimer’s Association’s Advocacy Forum. I was one of a thousand volunteers. We were loaded up with all kinds of facts and figures to use in conversations with all 12 of o

ur Washington state senators and representatives and their super-smart aides. But that factoid about diagnosis is the one that stuck with me. Really? Really: 55 percent of seniors diagnosed with Alzheimer’s and their caregivers are not told.

If the issue was that 55 percent of doctors assume someone with dementia would not remember their diagnosis, so why bother, then surely they would at least tell that person’s family caregiver. But no, in 55 percent of cases, they don’t even do that.

I can tell you many dire and alarming facts about Alzheimer’s disease. For example, it is now the most expensive disease in America. This year, we will spend 226 billion dollars on caring for people with Alzheimer’s. That number is expected to soar to 1.1 trillion in 2050.

Two thirds of those dollars come from Medicare and Medicaid. 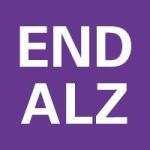 The other third comes out of the pockets of overwhelmed families. None of this is sustainable, which is why one thousand of us were on Capitol Hill trying to make the case for funding research now—the goal is effective treatment, prevention or even a cure by 2025—so that we won’t be facing demographic and economic disaster later.

But that business about diagnosis not only got my attention, it got the attention of just about everyone we talked to. Why? Because it screams, louder than dollars, everything that is wrong with the way we view Alzheimer’s disease. It says: we have no reason to hope. There’s nothing to offer people who are diagnosed. Better they continue to muddle along, not knowing. None of which is true. There is hope, aka progress on the research front, and there will be more, especially if we start adequately funding the scientists who are working as hard as they can on everything from genetic decoding of the disease, an area where huge progress has been made in recent years, to finding ways to reduce or even dissolve plaques or otherwise alter brain chemistry. And it is not better for families to muddle along, not by a long shot. A diagnosis of dementia calls for both long-term planning and short-term safety and lifestyle changes, including emotional support for both the person with Alzheimer’s and their family members.

A doctor’s decision not to share a diagnosis is so redolent of the bad old days, when they could get away with being that patronizing. When patients were not perceived as having rights, or even dignity. And it evokes shame and stigma: surely you wouldn’t want to speak out loud about an illness like Alzheimer’s, now would you?

One of our goals on Capitol Hill was to persuade lawmakers to support the HOPE for Alzheimer’s Act, which was introduced for the fourth time this year. The HOPE Act ensures that Medicare patients who are newly diagnosed with Alzheimer’s disease are not only told of their diagnosis, they will have a detailed discussion with a health care professional about treatment and support options. Pretty simple. Pretty important.

When my mom was finally diagnosed after nearly a decade of wondering what was wrong with her brain, of feeling that shame and stigma that it might somehow be “her fault,” such a conversation would have been a miracle. We had no idea what to expect or what we should do. It’s long past time to make sure that doesn’t happen again.

And thankfully for us, my sister had the good sense to call the Alzheimer’s Association.

Ann Hedreen is an author (Her Beautiful Brain), documentary filmmaker (Quick Brown Fox: an Alzheimer’s Story) and a longtime volunteer for Alzheimer’s research. She and her husband/filmmaking partner Rustin Thompson are both Northwest natives. They live in Seattle.

One thought on “Diagnosis”

Have the ALZWA Blog sent directly to your inbox!

Alzheimer’s impacts everyone. When community members share their stories, it helps others feel less alone. Support, educate and inspire others by sharing your personal journey with Alzheimer's or dementia. Click the button below to get started!